For some time, I've been thinking about how to organize my collection of working Color Computers and Ataris into a super connected DriveWire mash-up. I envisioned a rack system based on the same hardware that is used to stack networking equipment, where one CoCo would sit on top of the other. Each CoCo would have its own roll-out shelf for easy keyboard access, and at the very top would be space for a monitor that each CoCo could drive, switchable by a video routing system.

I shared my idea with Aaron Wolfe, who gave me some additional things to think about. After going on eBay looking for a rackmount cabinet, I quickly realized that they don't give that stuff away. Plus, the shipping costs would make acquiring a racksystem that much more expensive.

Giving some more thought to my options, I began to look around my workshop and came across an idea. Years ago, I rescued a rather large Hewlett-Packard plotter. The plotter itself was discarded; I kept the rolling steel cart frame that the plotter sat on, however. It was used as a roving sawhorse a few times, but mostly just sat out of the way.

Looking at the cart, I realized that with some lumber, I could create something akin to an organizational system, albeit more wide than tall as I initially envisioned. A few trips to Lowes and some days later, I began to work adapting this plotter stand into a CoCo "Power Tower." 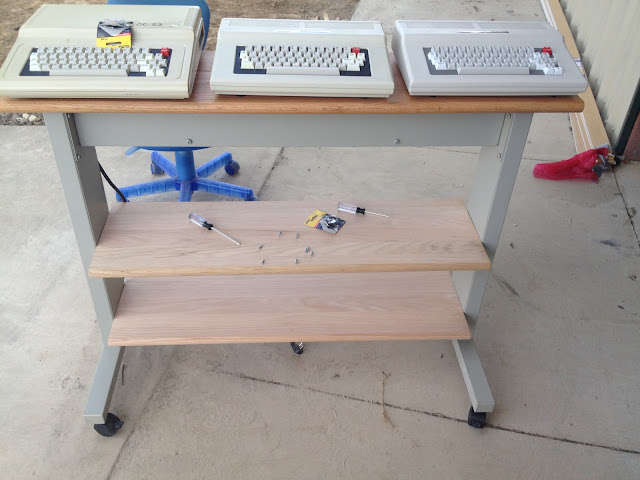 The project was relatively simple. I picked up three boards of 1'x4'x1" red oak shelving, sanded each with 120 grit sandpaper, then sealed each board with Helmsman Minwax clear semi-gloss, waited for it to dry then sanded again and wiped down. 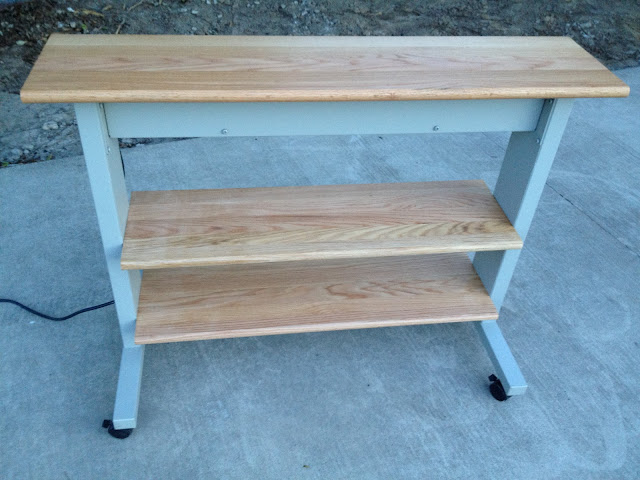 The top board is 4' wide and sits atop the cart where the plotter was. The steel frame had two rows of screws along the inner sides for a basket; I decided to expand to two additional shelves, using angle brackets to hold up the shelving, which had to be cut a little over 10 inches to fit in the smaller width.

This photo shows the back, with a power strip mounted underneath the back with wire guides allowing the cord to go to the side and down. 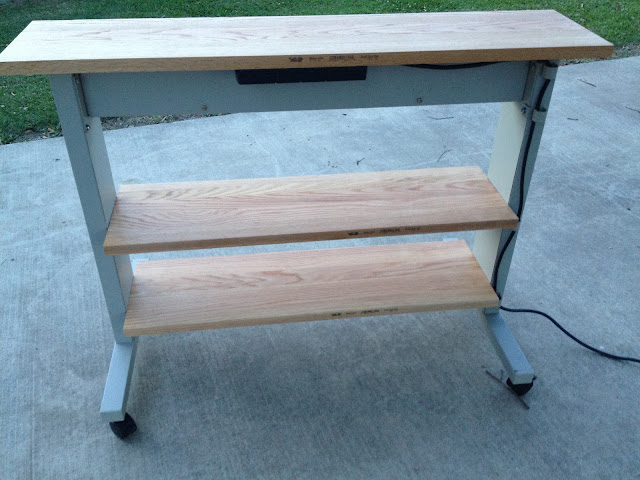 Here's the finished result with several CoCos and Ataris. 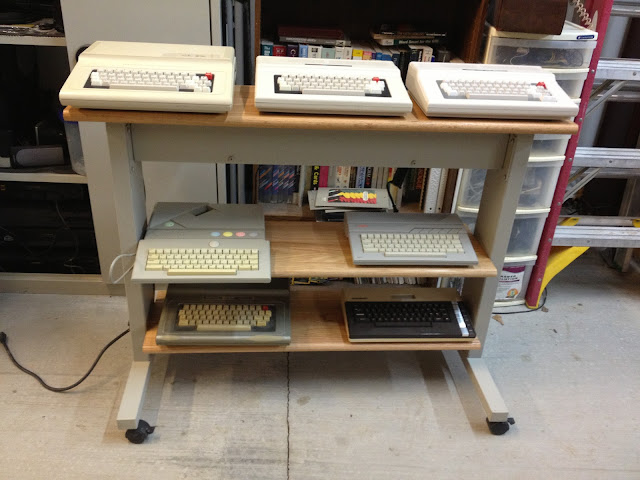 The next steps are:

T'was once a mystery,
in the CoCo Community.
Except for a glance,
they looked askance,
that the machine they could not see.

Searching for a Transformer

What I really need is the actual transformer itself, but am willing to take the entire assembly too. The transformer secondary is rated to output 33.5VAC and 16.3VAC. The printed circuit board drops the voltage down to 18VAC and also uses a rectifier to output 9VDC.

If you have a working spare CoCo 1 power supply, even if it doesn't look exactly like this, please let me know. 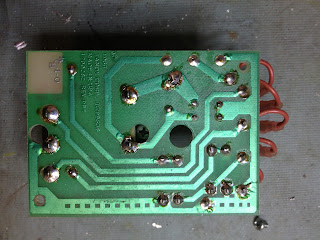 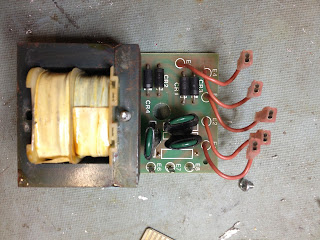